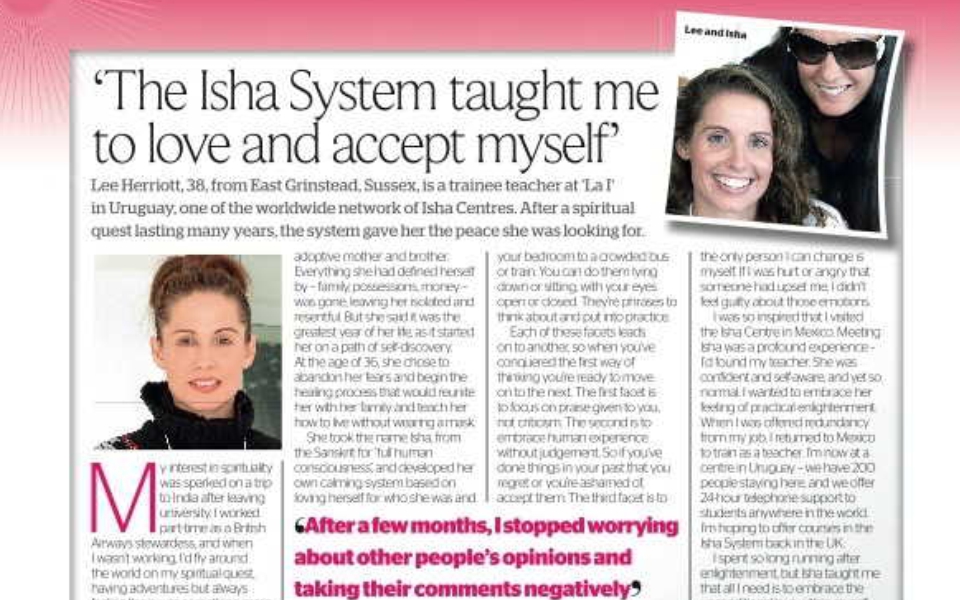 My interest spirituality was sparked on a trip to India after leaving university. I worked part-time as a British Airways stewardess, and when I wasn’t working on my spiritual quest having adventures but always feeling there was something more.

I had experiencies where I would touch on that place of peace, but it wouldn’t last. Friends told me you couldn’t have that feeling permanently, but I wanted it as more than a fleeting experience.

It got to the point where I’d tried everything, from angel healing to yoga. I had studied with top teachers, but was fed up of being told how things ‘could’ be Spiritual experiences were always referred to as something found in the future.

Then in 2009 I came across a book about spiritual awakening called Why Walk When You Can Fly? by Isha Judd. After her partner and father died, she lost her business and fell out with her adoptive mother and brother.

Everything she had defined herself by – family possesions, money – was gone, leaving her isolated and resentful. But she said it was the greatest year of her life, as it started her on a path of self-discovery.

At the age of 36, she chose to abandon her fears and begin the healing process that would reunite her with her family and teach her how to live without wearing a mask.

She took the name Isha from the Sanskrit for ‘Full human consciousness’, and developed her own calming system based on loving herself for who she was and living in the moment.

“After a few months, I stopped worrying about other people’s opinions and taking their comments negatively”

She says ‘Imagine when you look in the mirror that the face looking back at you is someone you truly love’.
I read the book in one sitting, and understood everything she talked about. The bit that resonated the most was about the addiction to co-dependent relatioships – wanting to save other people rather than loving yourself.I realsed that for years I’d been chasing ideals, trying to be someone I could never be.

The four steps or ‘facets’ of the Isha System are prefound phrases with transformational purposes. You can practise them on your own, anywhere from you desk to your bedroom to a crowded bus or train.